Hello, Bret and Heather. Thank you very much for presenting factual information in the face of censorship and broad social pressure. Here are two ways you can improve your presentation.

Facebook pretends to allow appeal. When attempting to submit the appeal, a nondescript error message is presented to the user. It looks as if there could be an error in the code or with the network. Yet it is a strategy to disallow appeals, masked to be as vague and non-transparent as possible. 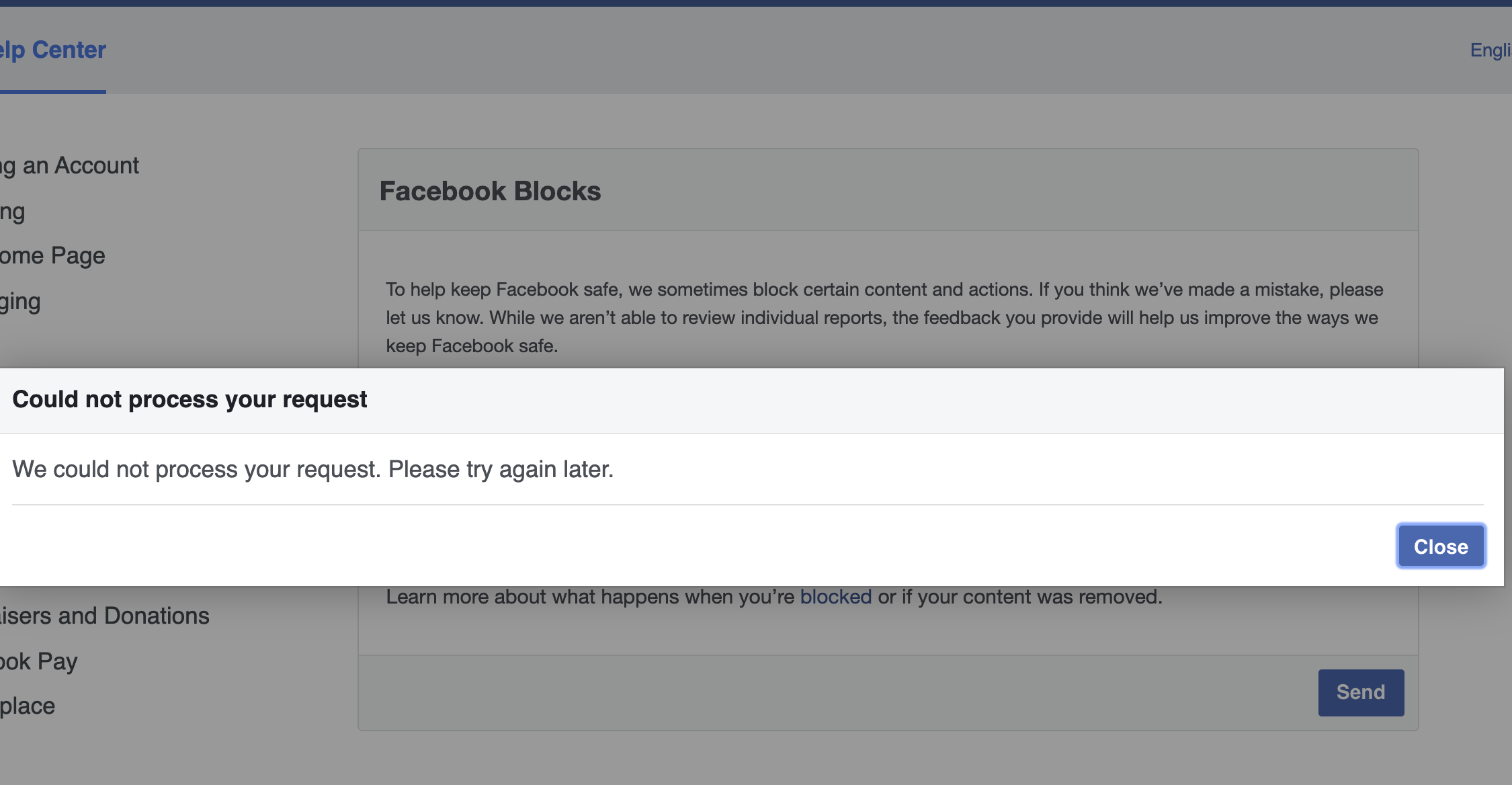 This is just another example of social media censorship. Why did they censor me and nobody else on the thread? They won’t say!

Mitochondrial peptides (5-Amino-1MQ, SS-31, and MOTS-c, et al), work in essentially two ways. They either increase mitochondrial function and activity, increase the number of mitochondria in the cell, or both.

SS-31 is a peptide found “in the inner membrane of mitochondria,, an area where free radicals are produced. Animals studies have shown that SS-31 reduces free radical production and decreases oxidative stress, improving diseases stemming from mitochondria dysfunction.” SS-31 is also an orphaned drug, so due to patent status, it is not readily available for use.

These peptides can be synergized by supplementation with CoQ10, PQQ, and Forskolin to increase mitochondrial biogenesis and activity.

Photobiomodulation with 660 and 850nm wavelengths can improve mitochondrial function in brain, muscle, and organ tissues. [5]

Creatine may be used to increase power output by an increase ATP, another metabolic product that is the result of the citric acid cycle which takes place in the mitochondria.[7]

“Although NMN and SS‐31 both target mitochondria, they do so via different mechanisms of action. Thus, we hypothesized that the drugs would differ in effect on the heart and may have a synergistic effect when applied together. We sought to compare and contrast the mechanism and effects of these drugs in order to better understand each individually and how age‐related deficits in heart function can be addressed.”

When niacin is metabolized, it uses a methyl group. This can be offset by supplementation of 200–400mg Sam-e, a methyl donor. Sam-e also restores intracellular GSH stores, especially in mitochondria.[10]

NIH has deleted the genomic data on COVID-19, in a massive cover-up to hide the evidence that COVID-19 is engineered.

If we had known that this virus was engineered, we would have had more information to better defend against it.
Fauci covered it all up.

The coverup and lab leak hypothesis has become a partisan issue. This seems to have originated from former president Trump stating that the virus had come from the Wuhan lab and had not originated in China. The reaction from Fauci was that this was wrong, and the left and CNN jumped on that to show that Donald Trump was wrong. Unfortunately, Fauci was wrong and thus, CNN and all who propagated his lies were wrong. COVID-19 seems to have most certainly come from a lab, and the left has maintained their position that Trump was wrong.

I’m developing a prototype for a custom neck-through electric guitar.

I need someone to develop the G-code, then to use the CNC mill.

I have a guy for step 1 & 2; do the 3D modeling, calculate the center of mass, and generate the CAD files. He’s in a foreign country and there is a bit of a trust issue with this nice, but random dude from Facebook, so I’m open to working with someone local on that, too.

Here is the 2d draft and a 2 minute video explaining the differences between the 2-D draft and what the prototype should look like.

How to Respond To “Have You Been Vaccinated for COVID-19?”

Social pressure for SARS Cov-2 vaccination is strong as mask mandates are lifted. When someone asks you your vaccine status, it’s up to you to decide how to answer, including to not tell them about your vaccination status or any other medical condition, including any known or suspected allergies to vaccine adjuvants.

In this case, I was mass reported by I believe two groups users who disagreed with what I had to say. This completely blocks my ability to interact in any way whatsoever. I can’t post or read. If nobody knows I exist, do I?

The goal of cancel culture is to cancel people. The perversity of their end goal is elimination of those who they disagree with. That’s a dangerous prospect. Don’t think they won’t come for you.

There is no right and wrong; only actions and consequences. This is war.

I am writing to ask Representative Eshoo to cosponsor H.R. 4027 (116th), the Stop the Censorship Act, and support it in the House Committee on Energy and Commerce where the bill is waiting for a vote.

We must address the growing censorship that blocks the free flow of information. This censorship is facilitated by the “Good Samaritan” clause, a vague clause in the law that allows the social media corporations to censor content that is, among other things “otherwise objectionable”. The clause was never intended to facilitate censorship, but was added to protect children from pornography, something it has failed to accomplish.

Given that “otherwise objectionable” cannot be defined by law, the social media giants have taken it upon themselves to regulate themselves. The Good Samaritan clause puts social media companies in control over public discourse. Indeed, “otherwise objectionable” and other such subjective descriptors fail the vagueness doctrine, outlined by our constitution. It encourages arbitrary censorship, and this is antithetical the spirit of the First Amendment of the Constitution.

As the law stands today, individuals such as myself are blocked from information exchange, including political redress, education, and commerce. I may not contact Amazon over facebook regarding missing packages or contact you over Twitter to communicate with you in any way. I may not participate in educational discussion about biotechnology over Reddit.

I am posting this letter on my personal website, MyBanned.com because I cannot post it on any social media sites. This should not be.

Thank you for your time.